Millions of Americans are afflicted with Alzheimer’s Disease. Since current treatments are unable to effectively slow down diseases progression, people experiencing memory symptoms are often living in fear of having Alzheimer’s. What are some of the real early warning signs? When should we be concerned?

Alzheimer’s Disease is more than memory loss. Symptoms can manifest themselves in multiple ways. If you notice any of the warning signs below speak to your doctor. Early detection can help you effectively plan for the future. If you or a loved one is suffering with Alzheimer’s disease visit us at https://citycarehomecare.com/alzheimers-dementia-care-ct/

1. Disruption in daily life due to memory loss.

It is common to forget appointments, people’s names, and new phone numbers. Forgetting things in the midst of a daily routine, such as picking up a cake for a birthday, may not necessarily be a sign for concern. You should, however, be concerned if your loved ones notice you forgetting significant dates that you have always remembered, repeatedly asking to be reminded about the same information, and especially if you are forgetful of learned things. If you find yourself not remembering common learned information, or suddenly having to rely on reminder notes, please seek a doctor’s opinion.

2. An early warning sign of Alzheimer’s is not being able to concentrate on simple problem solving.

Being unable to follow simple procedures like a recipe for a cake, balancing a checkbook, or planning an event can be an early warning sign of Alzheimer’s. Look for sings of difficulty with prolonged concentration when following instructions and sudden feelings of confusion.

3. Confusion with date of the week and time.

All of us sometimes wake up in the morning unable to remember the exact day of the week. However, the elderly experiencing these feelings often should speak with their doctor. Occasional confusion of the day of the week, month, and season is a common early sign.

4. Problems with speaking or writing.

Alzheimer’s sufferers have difficulty joining a conversation and are often looking for the right words. During conversations with others they often repeat themselves, struggle with recollection of common things, and call things by the wrong name.

Being suddenly prone to bad decision making is an early warning sign for Alzheimer’s. Things like making bad decisions with money, or having abnormal encounters with strangers are two common things to look out for.

Sudden change in mood and lack of enjoyment in previously loved hobbies are signs for concern. A person suffering from Alzheimer’s may stop going to family functions and refuse to engage in things they once enjoyed. Since they are experiencing changes they may also have a drastic change in mood and suddenly feel anxious.

Family members having the disease increase our chances.

Waking up in the middle of the night and experiencing confusion is a real sign for alarm. People experiencing early Alzheimer’s symptoms will often awaken not knowing what time it is and insist that its time to get going for work. They can also not understand time and place and believe they are elsewhere.

A sign that the brain is not processing information normally is prolonged zoning out, or staring into space. This often manifests itself during a favorite TV show, concert, or family discussion.

While many older adults experience falls, it can also be an early Alzheimer’s symptom. Washington university conducted a small study by following 125 adults over the age of 65. When looking at the brain scans of frequent fallers, they found a correlation to Alzheimer’s Disease.

If you or your loved one are experiencing any of the above symptoms and have concerns, speak with a doctor. 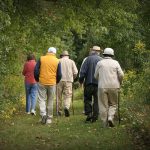 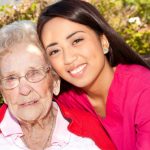 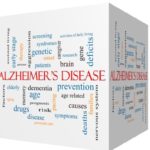 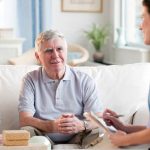